A complete visual identity, website and physical experience for a church community

Redesign the look, online presence and physical experience of faith based church community, with a "mobile first" and modern approach.
timeline

Lasted for 14 months as the scope kept growing.

Help new and currently attending families interact with and get information that the community offers.

What we have now is extremely out of date and people can't use it to do anything meaningful.

Give FGTM a modern design update of their physical materials and a custom responsive website using wordpress.

Faith Gospel Tabernacle Ministries(FGTM) is an assembly of people, led by a head pastor, who worship on Sunday mornings and Wednesday evenings. They support families in the wider community by hosting events, donating to causes and providing a place for people to grow.

As the only product designer contracted to help FGTM, that has about 6 employees and many volunteers. I had the opportunity to define the website and physical materials from end-to-end. 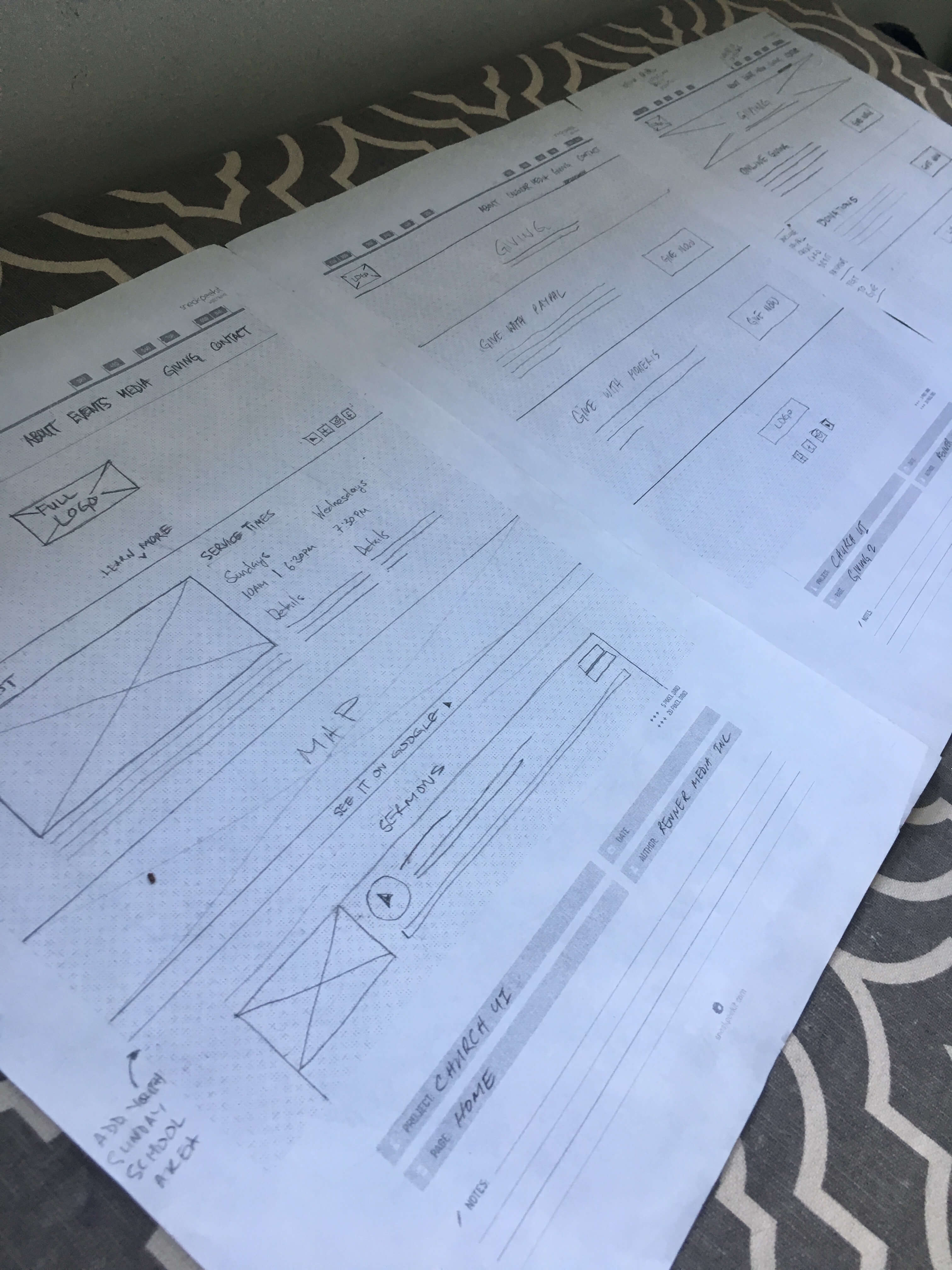 New and currently attending families of at least 2-4 people. These families would likely live within 10-20 mins away.

Stakeholders preferred that I rely on their knowledge of the target audience rather than interview the people directly to gain insights. They preferred that the project be kept among the project team, so I didn't want to push them extremely hard.

Breaking down the process

I use 1 of 2 types of processes.The first is:

Sketching wireframes, feedback and approvals were next to be sure we were heading in the right direction based on data I collected.

The insights found in testing were added to the mockups, and retested to make sure the stakeholders were satisfied.

When approvals were completed, I started work on the responsive website.

Sitemap, Hi-fidelity wireframes of the homepage were designed to give a better visual of what the homepage would look like, which was followed closely by stakeholder usability testing.

The stakeholders really wanted their website and so that was my main concentration until launch. Project status updates were done as the website was being built. Here is a video example of a progress update.

After the development was done, some of the remaining deliverables like signup sheets and the Brochure..etc were transferred, where necessary to a word processing doc.

Handoff and training the team

A handoff and CMS training meeting was scheduled and completed with a team of 4 additional people who would be maintaining the website content and social media.

points to call out

Have a look at the fourth iteration of the brand standards pdf.

I spoke with the stakeholders in July 2019, who told me that they wanted to make updates to the site and including the target audience would be great! BIG WIN!

Check out the current state of FGTM 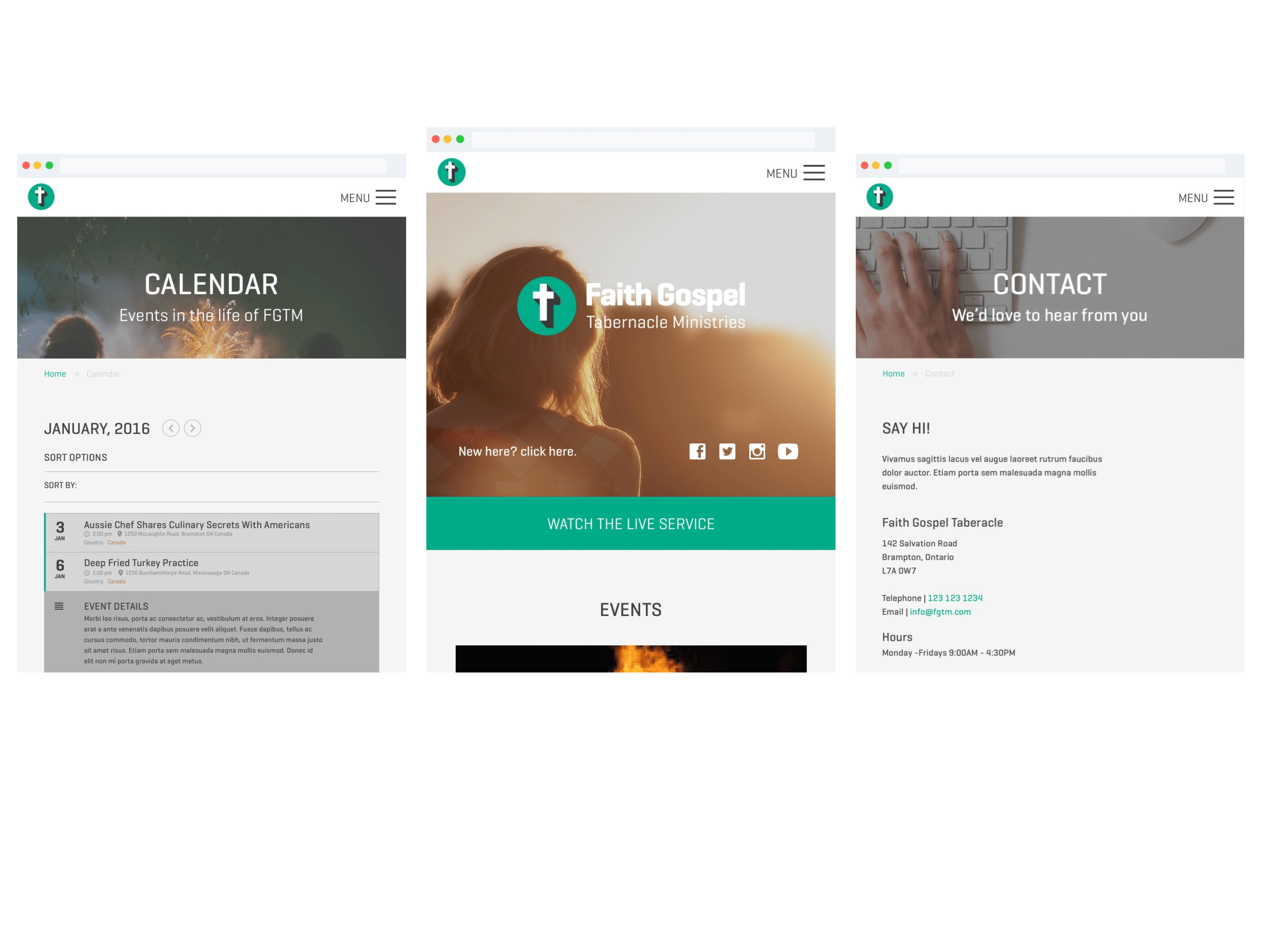 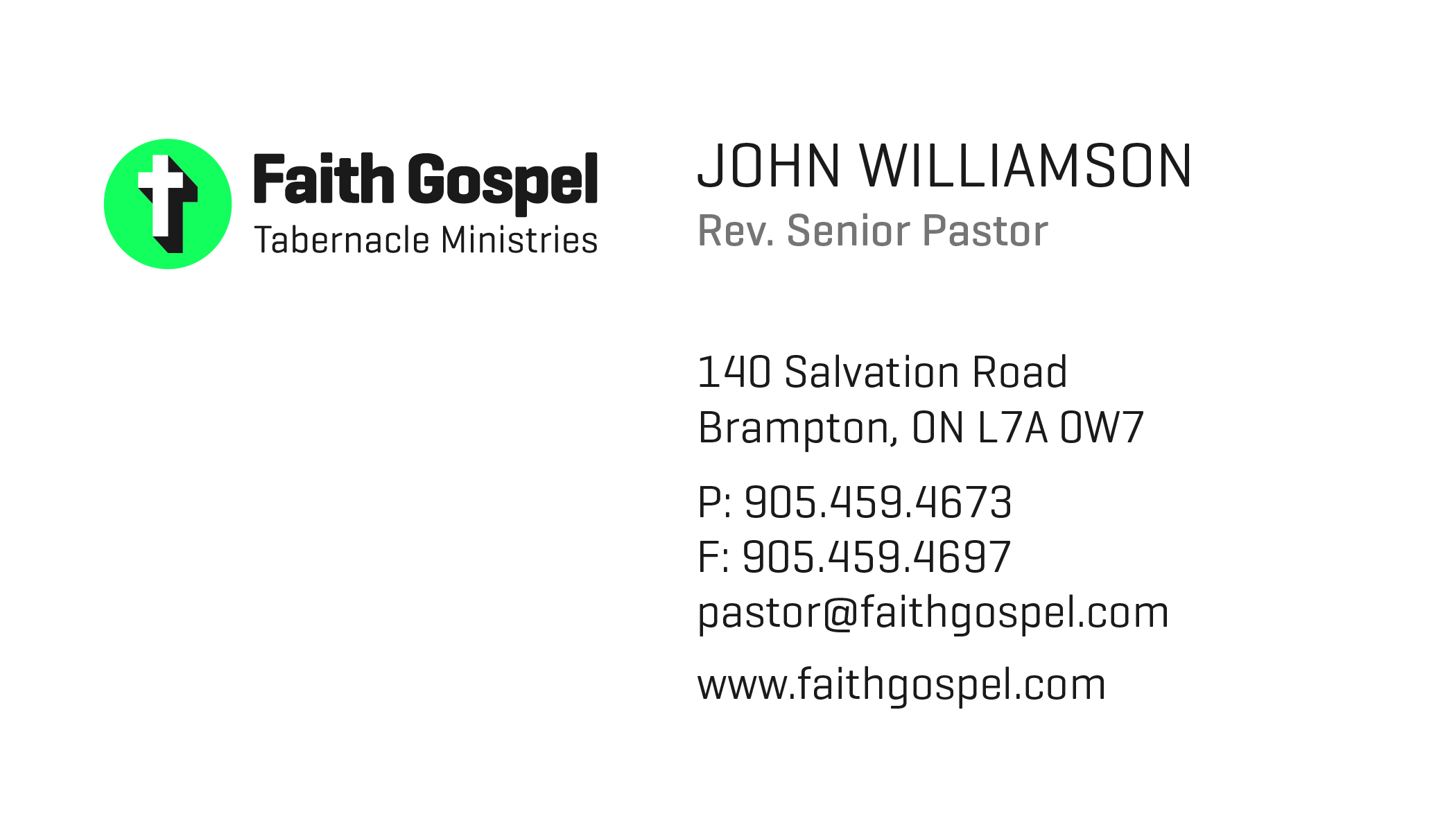 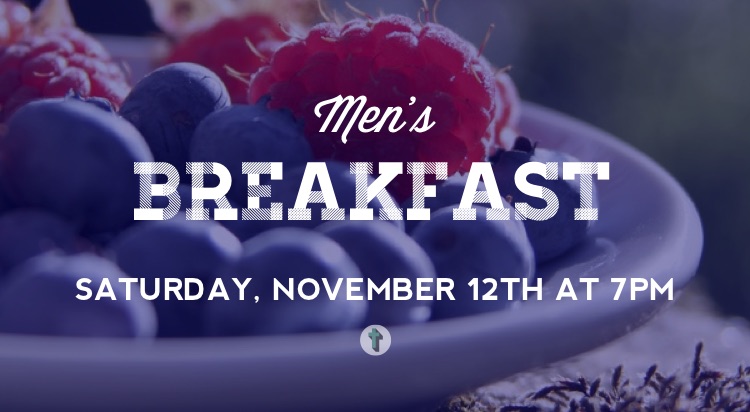 Advocate more for the people that will use product and explore different avenues to educate the stakeholders in ways that provide value for them.

After handoff the proposed team was charged to implement all the assets, but unfortunately, as of 2019 the website and social media were the main pieces to be implemented, where the website maintenance.

Today the stakeholders are not sure if the intended audience uses the website, but there has been an increase in awareness through the website and social media channels.

I’ve learnt that I need to advocate more for the people that will use product and explore different avenues to educate the stakeholders in ways that provide value for them.